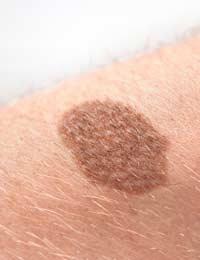 While virtually everyone is born with at least some type of small birthmark, many of these disappear quickly. Those that stay, however, can vary greatly in size and shape, as well as in their potential to turn into a significant health hazard.

Some people choose to have birthmarks removed, which is often an easy process. Birthmark removal is considered usually when the birthmark is deemed unsightly, or because a medical professional has advised that it be taken off.

If you are considering having a birthmark removed, it’s important to know exactly what type of birthmark it is, whether it does or will pose a health danger, and whether it will get bigger if left untreated.

You will also want to know how effective the removal procedure will be, as having a tiny, benign birthmark in an unobtrusive place may be preferable to having a large scar.

Generally, four types of birthmarks are the most common. They are:

Many birthmarks fade away over time, and some disappear completely. Your doctor may advise you to do nothing with your child’s birthmark, and to wait and see if it goes away by itself.

If it doesn’t – or if you have adult birthmarks you want to remove - then the best option is probably laser treatment, although every birthmark needs to be looked at individually.

Lasers and Intense Pulsed Light therapy are two of the most common ways to get rid of birthmarks, or to make them fade noticeably. The lasers emit a light which heats blood vessels underneath the skin. The heat then causes those vessels to shrink, and therefore to fade away.

Usually a series of sessions will be required – from four to six – to make the best difference. The treatment is virtually painless and the effect is almost immediate.

Two other treatments are also available for birthmark removal, which are:

For some people who don’t want or need medical intervention to remove a birthmark, the other option is skin camouflage make-up. This special type of make-up is designed precisely to cover up birthmarks, and can hide tell-tale signs to make your child – or yourself – feel more comfortable.

Camouflage make-up works better than regular concealer, as it will be designed to match the exact skin colour of the person who needs it. For that reason, it’s best to contact a special practitioner to get the exact colour tone.

Birthmarks are often but not always harmless, although sometimes they are unsightly and can have a detrimental effect on an individual’s self-esteem. Luckily, treatments are available to make birthmarks either disappear completely, or fade away until hardly visible.