What is Laser Lipolysis? 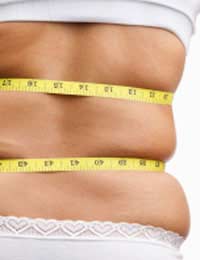 While SmartLipo is widely known as an alternative to traditional liposuction that “melts” away fat, other treatments are available that do almost the same thing. They all fall under the umbrella of “laser lipolysis”, and they all use lasers to get rid of unwanted fat in small areas such as underneath the chin, love handles and saddlebags.

Compared to traditional liposuction, which can be used on very overweight people, laser lipolysis is only recommended for people with a BMI, or Body Fat Index, of 25 or less. It has an easier recovery period than liposuction, with less downtime, less bruising and fewer risks.

Several different types of laser lipolysis are available, with new ones emerging occasionally onto the market. The differences depend on the type of laser used, as well as the amount of power.

These minimally invasive treatments usually take at least an hour to perform, and a topical anaesthetic is applied. A fibre-optic probe or a cannula, depending on the treatment, is inserted underneath the skin, delivering energy that breaks up the fat and liquefies it.

The fat then, over the course of four to six weeks, is absorbed naturally by the body until it literally disappears. Unlike traditional, fat is sucked from the body – instead it naturally “melts” away.

There is, however, a new treatment called SmartLipo with Aspiration, where some of the fat is taken away immediately, showing instantaneous results. Usually, it will take four months – or more – to see the final results of laser lipolysis.

Several small areas can be treated with these various techniques, including:

Even though you may think that laser lipolysis is not real surgery, it is advised to always use a Board-certified surgeon, or one who is a member of the British Association of Aesthetic Plastic Surgeons or its equivalent. Poor hygiene or unsterilised equipment can cause infection and lead to dangerous consequences if not treated promptly.

Be advised that you may not see results for months, and in rare cases, people see no results whatsoever. And maintaining the look will require a proper diet and regular exercise.

Finally, make sure you follow all after-care instructions, including wearing a compression garment immediately following treatment, and avoiding sport and strenuous exercise for at least two weeks.

Laser Lipolysis may be for you if you have stubborn areas of fat that do not budge. But cosmetic treatments are not a substitute for taking care of yourself properly. You may want to try losing the weight yourself first – or learning to live with your perceived imperfections – before going down this route.

What is Buccal Fat Removal?

What You Need to Know About Smart-lipo

What is Obesity Surgery?