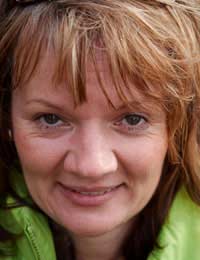 Many women – and some men, of course – choose to smooth out their foreheads with the use of Botox. Others want a more permanent solution to the many creases that have appeared on their foreheads over time, which is why they opt for a forehead lift.

If you are sick and tired of people constantly asking you why you appear to be sick and tired, a forehead lift might be for you. This cosmetic procedure is also known as a brow lift, and the end result is to make you look younger, fresher and more awake.

Several types of forehead lifts are available. They include:

Once the incisions are made, deeper layers of the skin are lifted and the muscles depressing the eyebrows are disrupted, or removed. Some layers of skin may then be attached to the bone, so they do not fall down again. The result is a softer and younger contour of the face.

Incisions are made beyond the hair line, the muscles that cause sagging are activated, and the blunt membrane is pulled up. Then the skin is pulled smooth, while the brow that sagged has been pulled higher, making the wrinkles virtually disappear. Less invasive than a traditional forehead lifts, the endoscopic forehead lift is usually best performed on younger people with less to lift.

Anyone who wants to look younger is potentially a candidate for a forehead lift. Saying that, smokers should stop smoking well in advance of having plastic surgery, and people who are very overweight should get their weight under control before having any surgery involving general anaesthesia.

People who get the best results are those to whom several of the following apply:

Remember, if you have certain medical conditions, always ask your surgeon before contemplating any non-elective surgery, as it could pose a significant health risk. And always use a board-certified surgeon, or the equivalent, for safest and best results.

There are other alternatives to plastic surgery which give virtually the same results as a forehead lift, the most popular of which is Botox injections. While they work wonderfully for many people, they have to be topped up frequently. If you start having Botox at a relatively young age, it can be pricey to keep up the look.

However, occasionally forehead lifts go wrong, leaving the person with a forehead that appears too high, or too large, permanent hair loss, or eyes that cannot close properly . At least with Botox, the effect will wear off after several months.

Surgical lifts also carry the risk of bleeding, infection, scarring, bruising and swelling, like any surgical procedure, although having a competent surgeon can greatly reduce those risks.

A surgical forehead lift is permanent, and if you are unhappy with the results you’d have to resort to another bout of surgery to change the way you look. It is also, obviously, a lot riskier than Botox, which carries virtually no risk whatsoever. So think carefully before going under the knife!