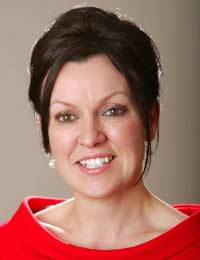 When Deborah Lee noticed the first signs of ageing on her face, she decided to take action. So the self-employed special events boss from Lincolnshire went for a facial filler and has been delighted with the results.Here is her story:

To be honest, over the years I've had the odd bit of invasive and non-invasive cosmetic surgery done. I had a nose correction carried out when I was 26 – I'm 46 now – and since then have had several facial filler procedures to combat signs of ageing.

I would not say that I'm addicted to procedures. But I'm of the belief that if you're not happy with a part of yourself, and can afford to have something done to fix it by somebody who is both reputable and qualified, then there is nothing wrong with that.

My concern was that I had some problems with my face, mainly genetic, that I didn't like. I had some deep lines or creases that went from the corner of my nose down to the corners of my mouth, which made me look a lot older than I am.

So not long ago I decided to so something about them, mainly in the form of natural facial fillers. I saw Dr Bob Khanna who had been recommended to me by a friend. The first thing he said when he saw me was that my creases were so pronounced that from the nose down I look about 15 years older than I really am.

And he wasn't just saying that to entice me into having work done, either. To prove his point, he took a photo of me, then put it on a screen and covered up the top half of my face. He was right!

The facial filler procedure I had done was very straightforward. The doctor numbed my face first. They need to use quite a large needle for the actual fillers, as the substance is quite substantial. As my surgeon Dr Bob Khanna is also a qualified dental surgeon, he knew how to do all that.

This time, the substance in the facial filler contained a lot of collagen, although in the past I had what probably was Perlane. It took about ten minutes for my face to go completely numb, similar to when you go to the dentist and have a filling. Then he began to do the injections to put the filler in.

I didn't feel anything at all, not at all, when he started the injections. It was all very painless. I think it took about only five minutes, if that. The main thing I always get concerned about is the pain, and there was no pain at all. And the recovery time was also like going to the dentist.

The injections took effect straightaway, it was instant. When I saw myself in the mirror my face looked fresher and not quite so tired-looking, more youthful and refreshed. Also it appeared definitely plumper, as many people get that sagging look when they get older. I am quite slender as well, so I think I was beginning to get a haggard-looking face, one that made me look tired and older no matter how young I felt.

I had the procedure done a bit more than a year ago, and it cost about £500. it was definitely worth it, as my face still looks great. I am confident that I don't need it redone at the moment, but I definitely will have it redone when it begins to wear off.

Results Worth the Effort

Lot of people that I have met for the first time since having the filler put in are quite shocked when they find out how old I am – they always think that I'm in my mid-thirties. And my friends all noticed a big difference, they say how much better I look, and that I appear a lot less tired and withdrawn-looking. It's certainly fought the signs of ageing!

However, I would say that it's really critical to actually go to a practitioner who is well-qualified. A friend had Botox injections and came back with droopy eyelids. She has sworn that she will not have anything done ever again.

The sad fact is that there are lots of people springing up from all over the place who claim they can do this, but they have only been qualified for five minutes. You can get some less than satisfactory results if you're not careful.

Speaking from personal hindsight, I have only had a good experience and good results. So it's key to see someone who is both qualified - and very experienced as well.